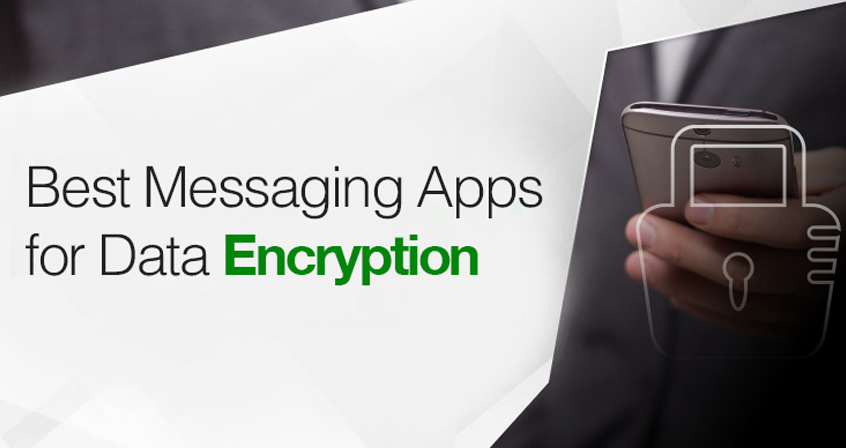 Increasing number of messaging apps across mobile devices helping us to keep in touch with dozens of people in a single time – from friends and family to clients and colleagues, even if they are on different parts of the world. Safety of conversations comes first and you are in real need of getting most secure mobile messaging apps to stay protected in today’s highly vulnerable digital age.

(Encryption means if someone tries to hack messaging app servers, or try to breach through the conversations, it will not be possible to interpret messages due to applied security measures)

Signal is widely considered as one of the best encrypted messaging apps. It has an open source encryption engine that is available for anyone to inspect. That doesn’t mean it is easier to hack, but it means that there are more pairs of eyes getting to know robustness of encryption methods.
This app is fairly plain and basic in terms of appearance. It supports group chats as well as sending files and photos so you are well covered against security breaches.

Signal can substitute the default SMS app but basic SMS texts aren’t encrypted. Persons involved in chatting should have the app installed for encryption feature to properly function. Otherwise, Signal does not have enough control over both conversation ends.

The app includes other useful features on top of strong security, like video calling and disappearing messages (vanish after a certain time period, perfect for conversations not needed to stay on the record).

Telegram is equally popular encryption app as Signal is. Though its encryption methods are not open source thus the app has not been audited by third-party security experts. Its slicker interface may look attractive to you.

The drawback is that end-to-end encryption is not enabled by default in this app, so you need to ensure that its Secret mode is on before you can be sure of no breach to your communication. Other file transfer and chat are encrypted but only for part of their way to other end.
Impressive areas of Telegram are features like chat backups and disappearing messages (expiry time attached). You can make video calls, chat in group, and more.

Telegram is a solid choice, just be sure to enable secret mode for secure messaging.

You are already familiar with this app as it is widely used. It offers solid end-to-end encryption for your messages. In fact, it utilizes super strong encryption protocol developed by Signal.

The app is able to handle group chats, location sharing, video calls, transfer of various files, and group chats. With its Broadcast feature, you can ping a number of people at once, can leave voice memos, and more.

All whatsapp chats are fully encrypted by default and there’s no way to turn it off.

The drawback is that it is owned by Facebook that can’t read your messages being end-to-end encryption applied yet it can log other data about you for the purpose of marketing, like your phone location and more.

Unfussy, this app focuses on keeping your messages secure. It directly deals with MMS and SMS than chat protocols that function over web.

It is like a spin-off from another app, Signal. Silence uses same open source and ultra-secure encryption methods that are regularly audited by security experts to make sure the code has not been breached by anyone who tries to get its hands on your conversation. If you want, you can use Signal and Silence together.

So you get all benefits of MMS/SMS and ability of using this app without Wi-Fi. Its drawbacks are – restricted support for group chat, and no video calling. As you are using MMS/SMS, your phone network can tell who you are texting but not about what is being texted, due to the solid encryption applied by this app.

On top of that, it can safeguard your communications from being screen-captured at the other end.

Old version of this app uses end-to-end encryption that prevents your messages from being intercepted (same Signal protocol utilized by Silence and WhatsApp). You need to turn on the feature via Secret Conversation setting that you will find in conversation option.

Your messages are safe but Messenger takes note of who you are chatting, which Facebook quotes as it helps improve its services and products. You should use Messenger only if you are familiar and comfortable with data & privacy practices of Facebook.

Except auto encryption that you have to turn on by self, you get every feature with this instant messenger. You can share anything like photos to locations, stickers, and GIFs, as well as can do group chat, video calling, and so on.

Facebook Messenger is a great app from usability point but you have to turn the setting on to enable the encryption that is disappointing. As well as you can not encrypt conversations you have already had. The plus of this app is that it is unlikely that you have to tell your contacts to install the app, as they may have it already.

Securing your messages from getting into wrong eyes is critical in today’s vulnerable web world. While apps with encryption feature can keep your messages safe from spying eyes, you can also consider using Virtual Private Network (VPN) to keep your browsing history private and secure across all browsers and apps.