VPN & Its Importance to Secure You from Malicious Web Activities 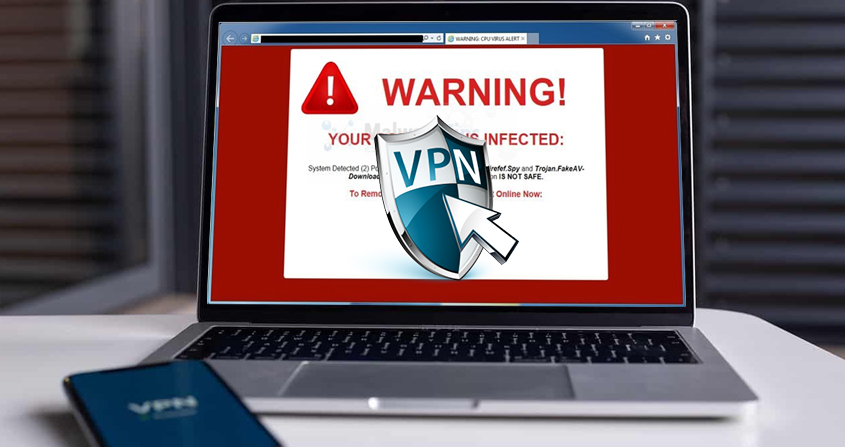 It doesn’t matter how secure you are online, you can still get into the trap of security breaches, cyberstalking, and identity theft. Thankfully VPN services are here to protect you from malicious web activities and hackers.

How VPN Protects You

Your VPN converts all information into a code that can not be decrypted without a matching key. If any person tries to breach your data, they would not be able to do so.

VPN establishes a direct link between your computer and VPN server. This private connection secures your network over public internet.

Users with verified keys can get access through the tunnel and VPN server. As per the protocol, the data has to be decrypted when it reaches the destination.

Virtual private network encrypts all data that you are sending and receiving via internet. It creates a safe route through a VPN server by using validation keys. Once a connection is created, your computer then links to internet using secure connection route, and all your activities become confidential and secured.

Virtual private networks were initially designed for big corporations, businesses, and government offices at different locations. VPN security enabled these groups to communicate in a protected environment over the internet to exchange critical information between their offices.

You may not be known but while you surf the web, hackers keep trying to breach your security or steal your data. Even your shopping history is not safe as well and can be a mine of gold for prying eyes. In fact, the increasing popularity of mobile devices has given hackers chance to start targeting mobile users and websites.

This VPN enables the users to link to a private computer network (like the network of your business) from remote locations. In order to this to work, there are two primary components called client software, and network access server (NAS).

Client software is the application that has to be on user’s system. It establishes a secure connection from user’s computer to VPN server.

Network access server is where individual computers link via internet to connect to VPN. It can a dedicated server or a program operating on a shared server. But, before a link can be set up, the NAS has to verify whether user has valid username and password.

This VPN equals to remote access VPN, but on a more complex and much larger scale. It creates a safe private connection between two or more computer networks that vary in geo-locations. It safeguards each network with VPN gateway which works as digital gate in a network channel. This VPN type is often used by organizations and companies having offices in different countries and cities. It creates a secure network between offices located at multiple places.

Types of VPNs mentioned above may be using number of security protocols. VPN protocol comprises of rules that computers follow to create a secure connection to VPN servers. Each VPN protocol has own level of protection and features.

Below are the types of VPN protocols in use today:

In short IPSec, this is the most common VPN protocol that safeguards your internet communications by verifying your connection and encrypting all data that goes through that connection.

This protocol is used alongside IPsec. The L2TP creates a safe communication channel between two L2TP link points. While IPsec handles channel security, performs data integrity checks, do the encryption to make sure the channel is secure, and that the data safely reach at their destinations.

One of the widely used and oldest security protocols, PPTP is installed on most existing operating systems presently. Like L2TP, it only creates tunnel connection. This protocol works alongside another protocol, such as TCP – Transmission Control Protocol, and GRE – Generic Routing Protocol.

Abbreviated as SSH, this network protocol provides a firm validation and builds an encrypted connection between a remote server and safe shell client. The protocol encrypts the channel where data flows rather encrypting the data itself. Besides data, the protocol can also relay commands to a remote computer.

Act cautiously especially when it is about your data security and privacy. Implementing VPN offers a protected network environment against security threats while you are working on internet and safeguards your web activities.